For those who rent our villa in Tuscany offer the famous route of the villas and churches starting directly from the villa.
This trail is located in the area of Volterra and has a length of about 36 km, almost all to go on a white white. During the journey you will meet old churches dating back to 1200, the walls of an ancient fortress built in 1000 churches in 1100. and bucolic ponds. 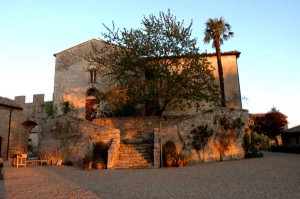 The route can be traveled by car but also quad bike riding or walking with the ability to take shortcuts and avoid making small pieces of asphalt road.
Starting from the Villa Ginepraie old house in 1600 was once inhabited by sharecroppers who worked for the Marquis of Pignano, continue along the white road, after 500 meters you are in front of the Village of Pignano with its walls dating back to 1000 . On entering the village are the Church of St. Bartholomeo the Apostle in Pignano and villa.

Continuing along the dirt road after about 2 km you reach the village of Grignano farm, producing wine and oil from which on clear days you can even see Corsica. 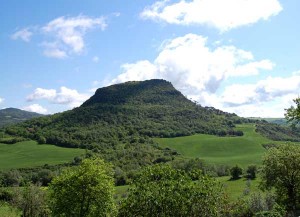 After just over a mile on your awake, you’ll see the ruins of roofless church of San Lorenzo of the twelfth century, continuing the route on the horizon there appears a pointed hill called Mount Voltraio, at the foot of this on your right a ruin of an ancient monastery where it says that there is a secret passage leading to the mountain.

Continuing on the left you have Villa Palagione with its parish church of St. John of the thirteenth century, before this, the path starts to get on top of the mountain where there are the walls of the fortress of Monte Voltraio the tenth century.

After about 2 km on the left is a path that leads to Palagione lake formed after a failure of the hill in 50 years.

Go straight until the junction with the paved road, then turn right and continue for about 4 km, then follow the signs to the right Ulignano Sensano Cozzano.

100 meters after turning right you will find the mill and after 300 meters you will see a fork, go left towards the church of S. Octavian then arrive in Cozzano Mommialla and spa, while going straight, following the dirt road for about 2 km you reach the reserve Montenero. 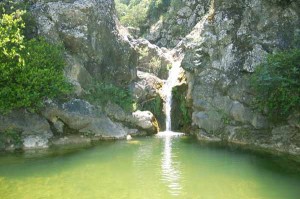 On the left you will find an old sign for the Nature Reserve of Montenero, we recommend that you park your car (if you’re driving) and follow the trail (15-20 minute walk) to get to the lakes of Montenero. The water that you will find if you do not go in July and August is clear and clean … suitable for a relaxing bath …

Shoot the car and drive on the left is the Villa Scopicci the eighteenth century and after a mile of the Villa Ulignano go straight to the right after about a km away from the junction leading to the rural church “the Black”, for But to get there you must place the machine and walk … If you have decided to undertake the journey on horseback or by bike, 1 km from the junction of the “Black” on the left you will find traveling along a path that takes you back to the church of S. Lorenzo.

If you continue straight on the road enters a typical forest of the Poggio of the child, then on the right is an indication of the farm Escaia, from here you can if you are on horseback or on foot to return directly to the Villa Ginepraie, otherwise it is going straight reached after about 2 km from the village of Sensano with its church of the Blessed Ippolito and Cassiano erected in the twelfth.

Paved the way end up going straight, turn right, continue for a few miles and then turn right at the fork for Pignano .. soon you will find the Villa Ginepraie …